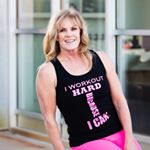 Here’s my opinion about all content: there’s no such thing as good or bad content. There’s no A+ or C- in the articles you write or the videos you make, other than the response of the person you’re sharing the content with.

So if you’ve decided content creation needs to be part of your marketing strategy, here’s your job:

Create content, share it with the people you’re trying to serve, then watch their reaction to it.

What we’re all looking for is an indication that what we’re writing/saying a) connects with pain the reader is feeling, b) establishes our experience with that topic. That’s not all, of course, but if that’s all your content ever did you’d be in pretty good shape.

The only way to know whether the content is resonating with a reader is to a) have a reader in the first place, and b) look for the reader’s reaction.

Marci (like the rest of us) feels vulnerable and uncertain about what she’s saying and the way she’s saying it. No problem. I gave her the example of the auditorium.

When a coach is getting started she’s like a speaker in a 1,000 seat auditorium. Unless she’s already done work (blogging, instagramming, whatever) to fill that auditorium, it’s mostly empty. Her friends and family are probably in there, but almost nobody else.

So in the early days she’s sharing her thoughts with a mostly-empty room. This is good and bad.

It’s good because it gives her an opportunity to practice in an environment that feels low risk. She’s worried about looking foolish, but since the only people in the room are those that already love her, she’s probably not going to get the criticism and judgment she’s so afraid she’ll get from strangers.

It’s bad because for a while (maybe a long while) she’ll feel like she’s talking to nobody, which gets boring and lonely.

The hard work of content creation in a new coaching business is mostly the job of getting people into the auditorium in the first place, then practicing the skill of connecting, teaching, and persuading with that content.

This is why it’s probably not enough to just write daily on a blog (which is the equivalent of just standing on stage and giving a new speech every day). You probably have to do something to get some people to listen. Then, as you keep sharing and keep inviting new listeners, eventually the listeners might invite more listeners, and the whole thing gets easier. 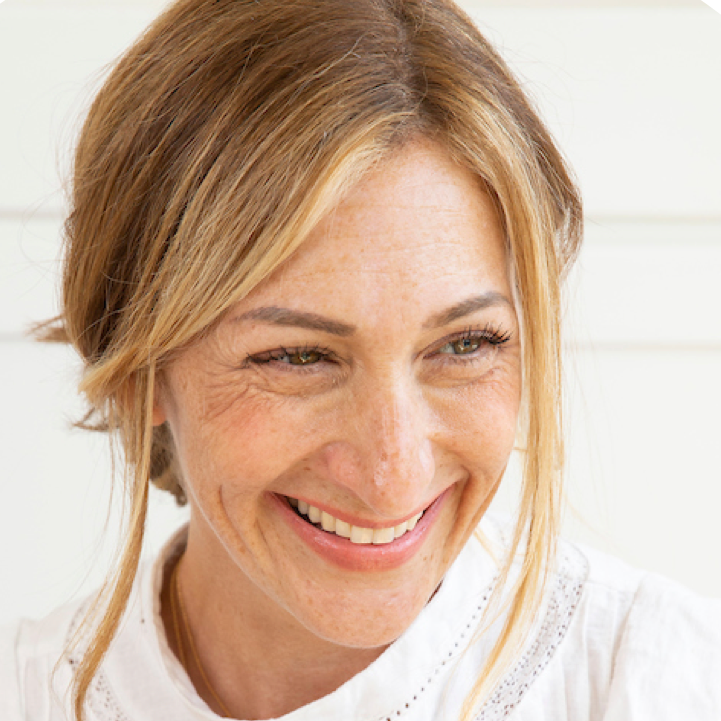 Shira has four courses, each priced at $197. Historically she’s used the launch model to get people to sign up for her courses, but launching is a ton of work and as a solo operator she finds them extremely draining since she still has to do all the other work in the business.

She’s gone to a more evergreen approach with her courses: she has them all listed on a page on her website, and visitors can sign up for any of them, anytime. She’s wondering if that’s the best strategy to help her make as much money as possible but also not have to burn herself out with all the launches.

In the past I’ve been critical of the launch model. I’ve said it creates false urgency (countdown timers, anyone?) and prevents a person from buying your stuff when they’re most excited about you (which is probably soon after they meet you).

Lately I’ve come around to the idea that launching can be a great way to serve your audience. They have so many things to think about and deal with. You might be doing them a favor by giving them an “appointment” with your program in the form of a launch window. This way they don’t have to think about whether now’s the right time to sign up. You tell them: “now’s the right time to sign up, and here’s why.”

Right now, Shira’s having the opposite problem: she sells four products at the same price and she’s getting questions like “which one should I start with” and “when should I start.”

This makes sense to me because people seem to expect the expert to tell them what to do and when to do it. Maybe she could adopt an approach where she tells people where to start and then periodically tells them what to do next.

Shira told me she has one product that’s an ideal starting point for people who are new to her audience. Great, I said. I would use the website and content to funnel people toward that product. Do them the favor of telling them “this is the product you want and now is the time to buy it.”
I would not make the other products visible on the site because I think they’re contributing to confusion and procrastination. A couple times per year, be in their inbox saying “now’s the time to do the next thing, and here’s why.”

The key is making it easier for people to decide. 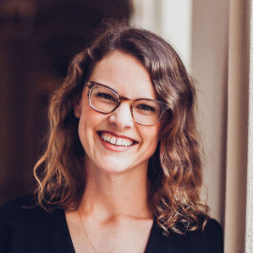 Lauren had some questions about paying off personal debt with money from her business.

First of all: are there any legal restrictions on how much money she can take from her particular type of entity (an S-corp)?

None that I’m aware of, although it’s never a bad idea to check with a tax pro.

Second, would she be unwise to use some of her business money to pay off that personal debt?

It depends on three factors, and the biggest one is not mathematical.

First, what interest rate are you paying on the personal debt? 4.5% in Lauren’s case.

Second, is there anything you could do with that money in your business that you’re confident would earn more than 4.5%? This is tricky because it’s speculative. But being self-employed is inherently speculative, so you’re just checking in on your own confidence about different ways you might use that money to grow the business.

Third, how do you think you’ll feel with the debt paid off? This is the least-rational but probably most important question. If the debt weighs on your mind and hurts your enthusiasm and confidence, paying it off could really help your business. You might find yourself more willing to take on interesting challenges in the business because you’re not thinking “but I haven’t paid off my debt yet” or “what if I can’t pay off my debt?”

As I’ve said before, money is supposed to be purely math-driven and rational, but no one (no one!) is rational with their money. All of us make financial decisions emotionally and then support those decisions with our own evidence and thoughts. 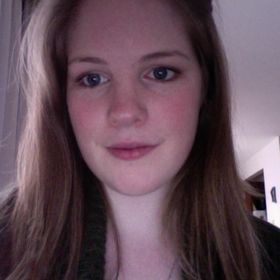 Hailey runs a marketing agency where she helps business owners build funnels. She’s finding herself frustrated with her business finances, and she thinks it’s because of lots of “frivolous” spending. She’s wondering if I have any advice on how to stick to a budget in her business.

I don’t really believe there’s such a thing as “frivolous” spending. All spending comes with some cost and some perceived benefit. You might want to call it frivolous if the cost feels high and the benefit feels low, but just make sure you’re not bringing other people’s judgments into those evaluations.

In Hailey’s case she said she feels like she wastes money on group coaching and masterminds. I asked her if she gets leads from those programs. Always, she told me. She either gets clients directly from those groups, or through referrals from those groups. I’m not sure that’s very frivolous. She probably still has to be thoughtful about which groups she joins, but cutting that spending completely could really hurt her flow of new clients.

I told Hailey that the great challenge of owning an agency is balancing capacity (how much work she can take on) with demand (how much work people are willing to hire her to do). If an agency owner makes sure to always have lots of capacity (ie team members ready to do the job), she probably hurts her profit a little). If she keeps her team lean, her profit per client is higher, but she’s probably working some nights and weekends to keep up. Running an agency seems to require choosing a little less money and a little better quality of life, or a little more money and longer days.

But the way agency owners get the best of both worlds is to a) charge more, and b) simplify their services. The more you can charge for a simple set of deliverables, the happier life is. 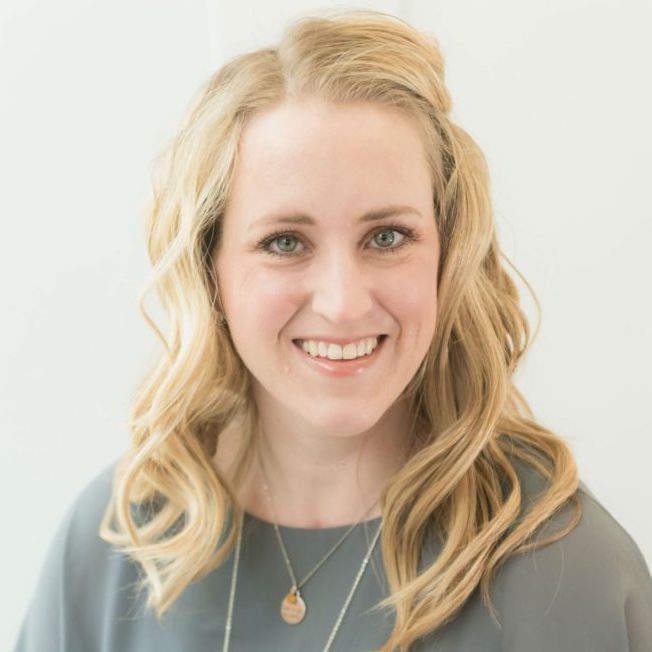 The job of financial reports in our businesses is to help us orient ourselves to today’s reality (how are things going?) and to help us make decisions.

The more variability in your business (if you’re launch-based, for example), the more you probably need to be on top of your finances.

Also, if you’re trying to grow quickly and spending a lot of money to do it, you probably need to track the finances (and other key numbers in your business) very closely.

In Candice’s case, she has a stable job with the Life Coach School, a full calendar of clients and no current desire to change much in her business. It’s all going great. So is there much need for her to stay very in tune with her finances? No, because what would she even tune into? There are very few transactions and very low expenses. If she’s going to make any big purchase, she can pause and ask herself what she’s giving up in her business or personal life in order to make that purchase. Other than that, there’s just not much to do or think about with the finances in her business.

You can think whatever you want about your money. There isn’t a right way, and like I said: no one is “rational.” All any of us can do is tune into our own thoughts and feelings and evaluate how we might like to change them. 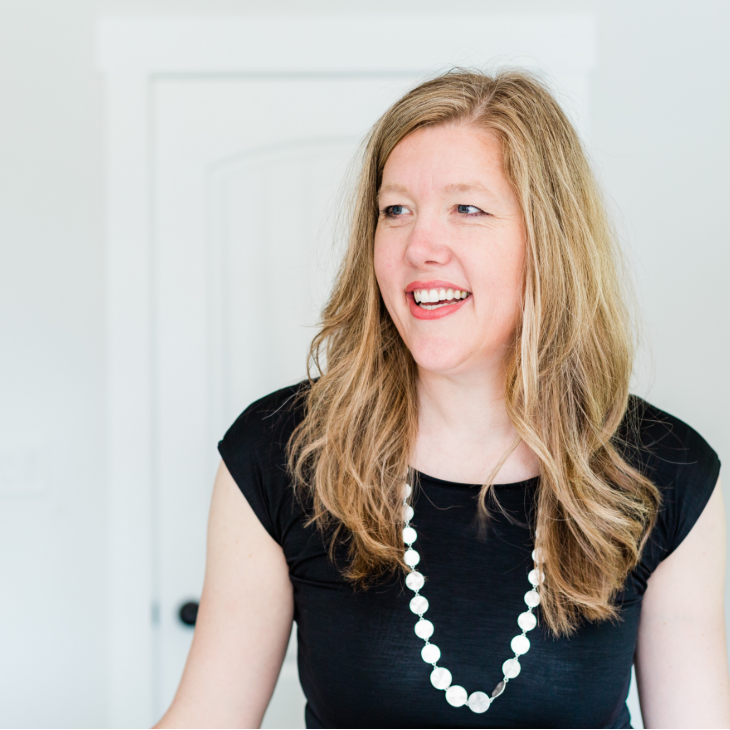 Dara recently signed a client to a ten-week coaching program. The problem is she wants to sell six-month engagements. Did she do something wrong?

There are different phases in a coaching business, and those phases seem to be defined by the coach’s priorities at the time. If the coach’s top priority is to sign clients, get some money coming in, and get as much coaching experience as possible, you might see a variety of niches, programs, and prices in her business. I think this serves her because it gives her varied experiences.

Eventually she might find she’s a little tired of all the variation. She might prioritize simplicity over experience. When that time comes she’ll walk away from a ten-week client because she really only does six-month engagements.

No wrong or right. Just different sets of challenges.

See you in March!